Academic Chairs
Our Board 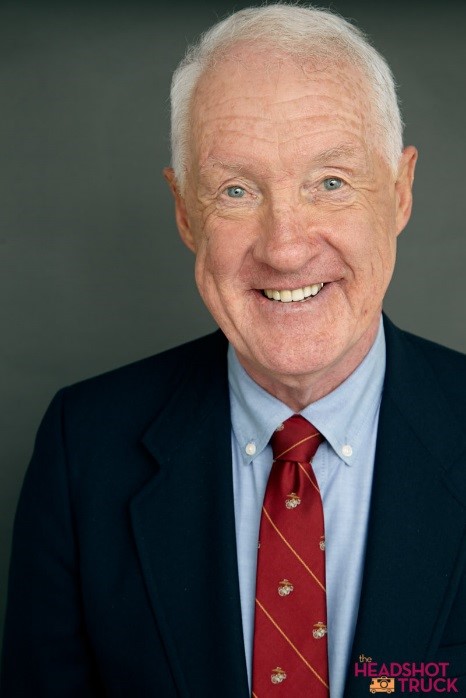 As a Major, he was assigned to Headquarters Marine Corps, attended the Marine Corps Command and Staff College, was a Military Observer with the United Nations Truce Supervision Organization in Palestine, and served with Marine Air Group 29, 2d Marine Aircraft Wing.

While a Colonel, he studied at the Royal College of Defense Studies, London, England, was the Officer-In-Charge of the Special Operations Training Group, II MEF, and commanded 24th MEU (SOC). While under his command the 24th MEU (SOC) participated in Operation Joint Guardian in Kosovo and combat operations ashore in Iraq as part of Task Force Tarawa. Colonel Mills later served at United States European Command (EUCOM) in Stuttgart, Germany as the Assistant Chief of Staff. Upon selection to Brigadier General, he served as Deputy Director of Operations for EUCOM.

From 2007 to 2009 Brigadier General Mills served as Assistant Division Commander and Division Commander, 1st Marine Division and upon promotion to Major General as Commander, Ground Combat Element, Al Anbar Province, Iraq. Upon returning from Iraq he again assumed command of the 1st Marine Division and then was selected to command the I Marine Expeditionary Force (Forward) which deployed to Afghanistan as part of the International Security Assistance Force (ISAF). In June 2010, he assumed command of the newly-created ISAF Regional Command (Southwest) in Helmand Province. Major General Mills was the first Marine Corps General Officer to command NATO forces in combat. 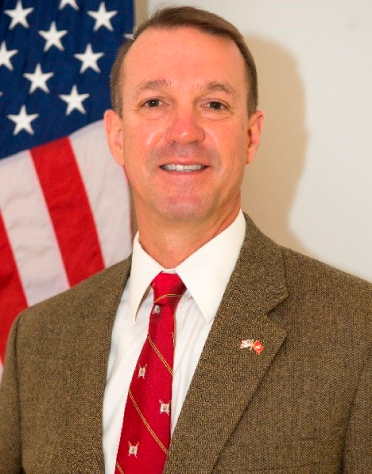 Colonel Sachrison is a graduate of the Virginia Military Institute with a degree in History and was commissioned a Second Lieutenant of Marines in May 1987.

Returning from deployment in September 1991, Lieutenant Sachrison reported for duty at the Marine Corps Security Force Company, Bangor Naval Submarine Base, Silverdale, Washington where he served as a Guard Platoon Commander through June 1994. Captain Sachrison completed the Field Artillery Officer Advanced course at Fort Sill, Oklahoma in January 1995 and rejoined the 10th Marines in Camp Lejeune. Upon arrival, Captain Sachrison deployed as an individual augmentee to JTF-180 in support of Operation UPHOLD DEMOCRACY in the Republic of Haiti. Returning from Haiti, Captain Sachrison was assigned the duties of Battalion Liaison Officer for 2d Battalion, 10th Marines and Fire Support Coordinator for the 6th Marine Regiment. In February 1996, Captain Sachrison assumed command of Battery F, 2d Battalion, 10th Marines, which he commanded until his transfer in June 1997. Promoted to Major in July 1997, he was stationed in Seal Beach, California as the Assistant Battalion Inspector-Instructor and Inspector-Instructor, Headquarters Battery, 5th Battalion, 14th Marines.

Selected for the Marine Corps Command and Staff College, Major Sachrison reported for duty as a student in August 2000. While assigned as a student, Major Sachrison volunteered to participate in the Commanding General, Marine Corps Combat Development Command’s Special Studies Program in support of the 2001 Quadrennial Defense Review at Headquarters, Marine Corps in January 2001. Returning to the classroom in January 2002, Major Sachrison completed his Master’s degree in Military Studies and graduated from the Marine Corps Command and Staff College in June 2002. Reporting to the J-7 Directorate, US Joint Forces Command in June 2002, Major Sachrison was assigned as an Observer/Trainer (O/T) at the Joint Warfighting Center. While serving as an O/T, Lieutenant Colonel Sachrison attended the Joint Forces Staff College in Norfolk, Virginia and was selected to serve as the Staff Secretary to the J-7. Selected to serve as the Inspector-Instructor, 3d Battalion, 14th Marines, Lieutenant Colonel Sachrison detached from USJFCOM in June 2005 and reported for duty in Philadelphia, PA where he served as the Inspector-Instructor, 3d Battalion, 14th Marines, 4th Marine Division from June 2005-June 2007. Following his Battalion Command in Philadelphia, he served as a CMC Federal Executive Fellow at the Brookings Institution in Washington DC from July 2007-June 2008. Following his Fellowship, Colonel Sachrison served as the Chief, C5 Policy, UCJ5 Directorate, Combined Forces Command, in Seoul, Republic of Korea from June 2008-July 2010. Upon return, he served as the Deputy Director, Manpower Plans and Policies, from July 2010 to May 2012 and as the Executive Assistant to the Deputy Commandant for Manpower and Reserve Affairs, Headquarters, United States Marine Corps from May 2012 to May2014. Prior to his final assignment as the Chief of Staff, Training Command, Colonel Sachrison served as the J3, CJFLCC-I in Baghdad, Iraq in support of Operation Inherent Resolve. 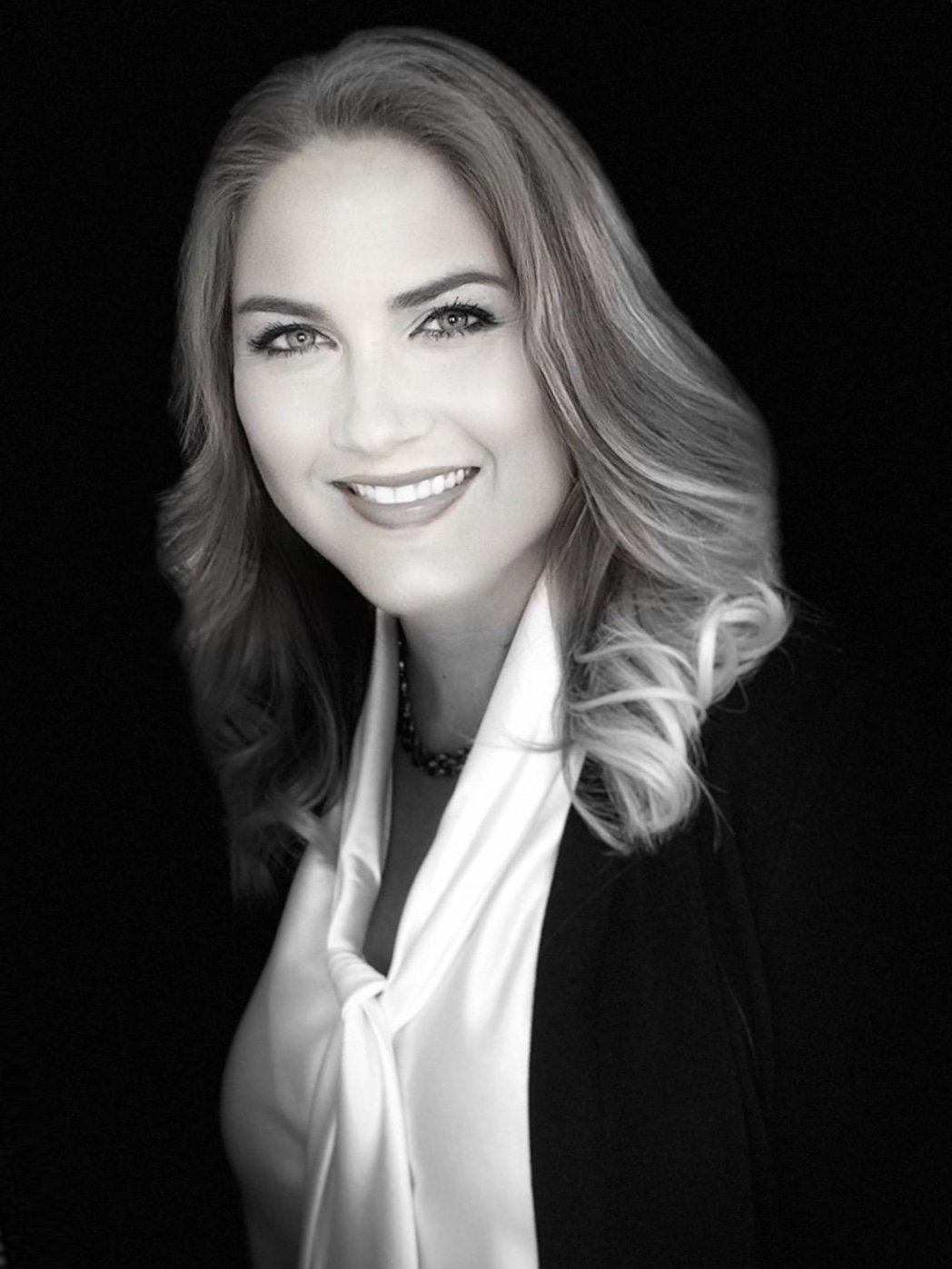 She has been recognized as a thought leader in her industry, having been invited to speak at the AFP ICON conference, Raise National Fundraising Conference, and the Best NC Excellence in Innovation Lab. Her content has been promoted by the Association of Fundraising Professionals, CharityHowTo, and OneCause.

As a USMC military spouse herself, Meredith is intimately familiar with the unique opportunities and challenges facing military families. She has worked extensively with military and veterans’ nonprofit organizations and is regarded as an expert in resource development for these unique missions. Some of her previous military clients include the Naval Postgraduate School Foundation, Naval War College Foundation, and Space Force Association.

Meredith lives in Tampa, Florida with her husband and three children. 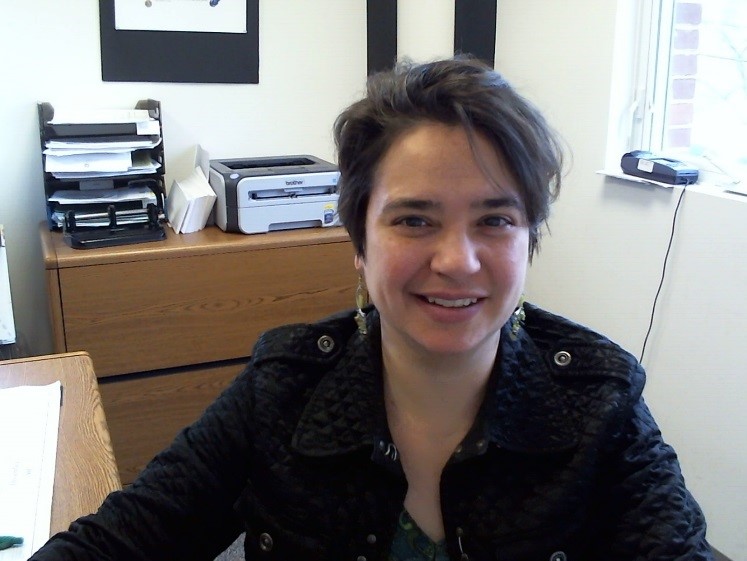 She has three grown children and lives with her husband Michael and their two cats. 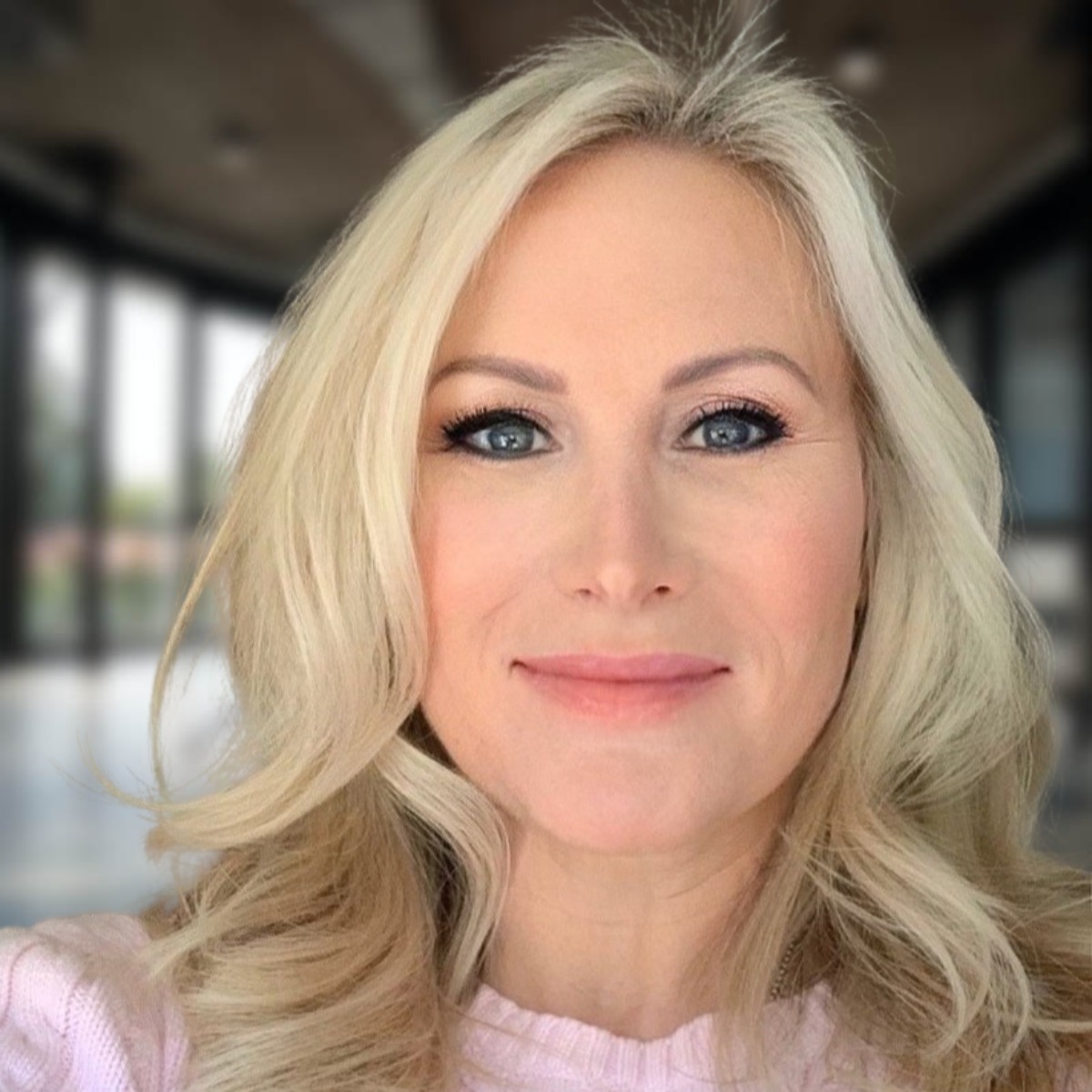 Director of Events and Development Coordinator

Director of Events and Development Coordinator

Continuing her long-standing commitment to promoting connectivity and support to the greater Marine Corps community, MJ Hall is a dynamic member of the Marine Corps University Foundation team where she serves as our Development Coordinator.

MJ combines over two decades of experience in Corporate Information Technology with her organizational skills and a unique passion for project development as she brings a unique perspective and novel approach to communicating MCUF’s vital message to a wider digital audience. Through these efforts, she’s elevated our brand awareness which has strengthened our ties to valued long-standing donors and built bridges to new ones.

An Active Duty Spouse, MJ also works tirelessly to support Marine families. Specifically, she creates opportunities for spouses to network and mutually support each otherin a manner that strengthens unit readiness and quality of life. Over the last seven years, she developed and launched over 10 websites using CMS (Content Management System) which have been essential to link military spouses to one another while also helping them to take advantage of community resources. She has also successfully transitioned four out of the five military services’ Officers’ Spouse Clubs in the area over to the same type of CMS websites. This was done by volunteering tens of thousands of hours of her time and by volunteering to participate as a board member on Spouse Clubs and Military Committees.

When she’s not trailblazing on behalf of MCUF and our military families, she and her husband Chip enjoy raising their daughter, Remington, and their two 4-legged family members, Poppy and Toni (cats). 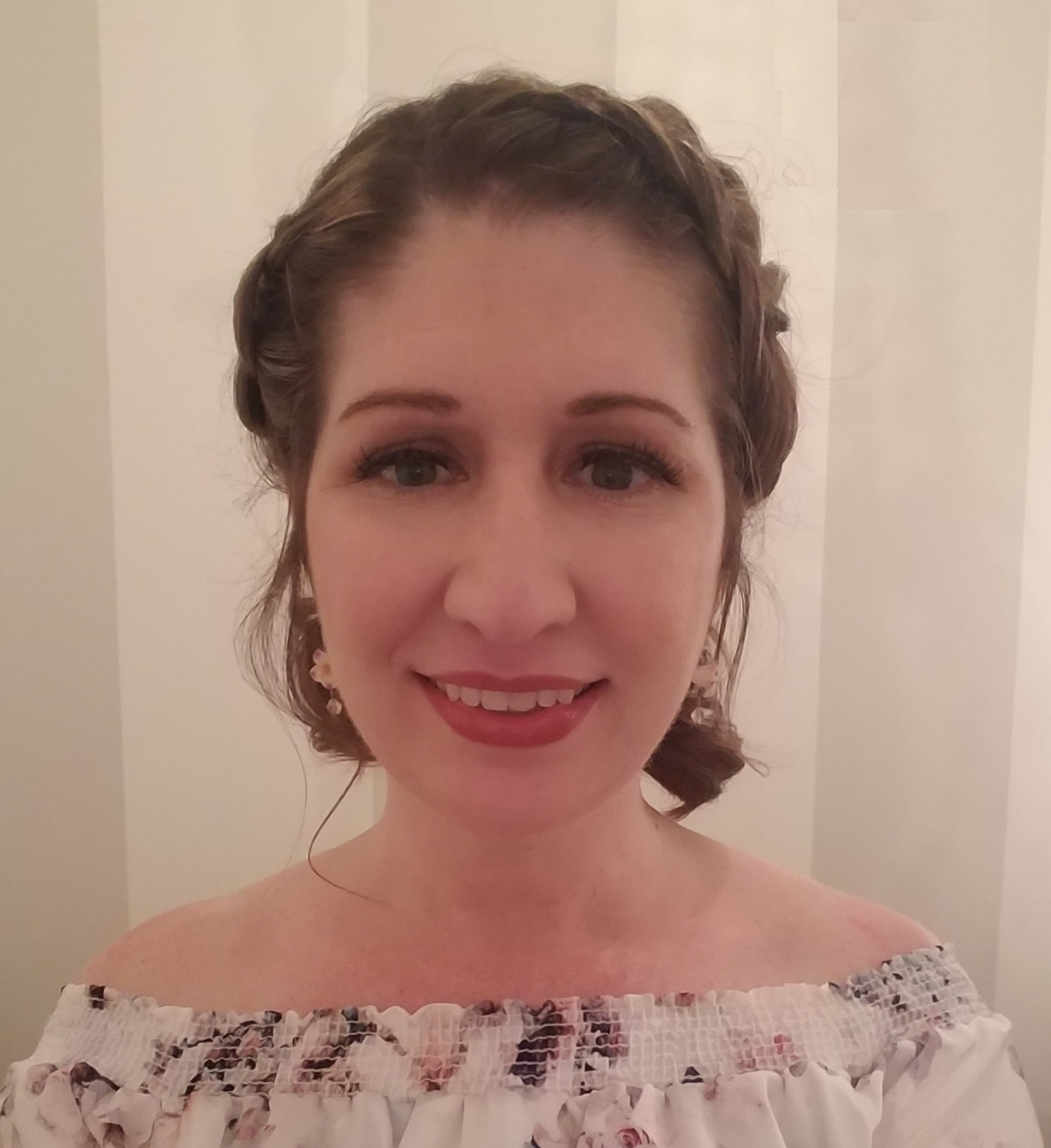 Angela has been the Executive Administrative Assistant for MCUF since 2018. She’s a problem solver, team player and not afraid of a challenge. Her co-workers all agree that Ang is the ultimate meme queen, always trying to make you laugh! Originally from North Plainfield, NJ she enjoys a good slice of pizza, mozzarella sticks and tiramisu. She moved to VA to attend George Mason University and graduated with a degree in Interpersonal Communication. Her husband, Earen, was enlisted in the Marine Corps for 8 years as a Combat Engineer. They have settled in Aquia Harbour and have 2 very active sons, Christopher and Nicholas. 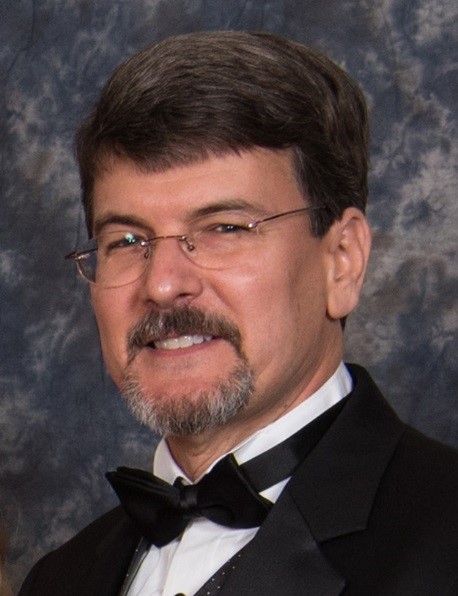 Scott Mann joined MCU Foundation as the President of Scott Mann & Associates in 2009. He prepares all the accounting work for MCUF and plays a lead role in the preparation of audited financial statements, tax returns and investment and schedules to support financial reports to the board. Scott Mann & Associates caters to the unique needs of not-for-profit organizations like MCUF and has a deep understanding of the requirements of our industry.

When he became a member of MCUF, Mann brought 10 years experience in the field, including five spent at Exxon Mobil, with responsibilities spanning cash flow forecasts, profit/pricing plans, price-volume elasticity relationship and various economic analyses. He served as department liaison to facilitate the development of $1 million LAN based geographic information system for domestic fuels pricing of 2+ billion gallons annually.

Mann holds an M.B.A. in Accounting/Finance from Texas A&M and resides in Texas where and enjoys being around family and a new grandson. 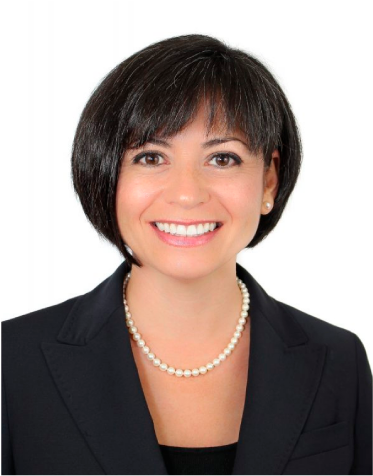 Leona brings nearly 20 years of experience to the Foundation from her career at Merrill Lynch, Pierce, Fenner and Smith Inc. As the daughter of a Marine “Mustang” and the wife of a career Marine, she is devoted and grateful to the Marine Corps for the opportunities and experiences of a lifetime. “To serve and sacrifice alongside her Marine has been a humbling and rewarding journey.” Leona is the proud mother of David and his wife Lauren, both JMU graduates; and Matthew, a GIS major attending James Madison University.

Leona’s portfolio of experience includes wealth management client service, business development, strategic planning and initiatives, special projects, FINRA compliance, and team coaching. She holds a Financial Planning Certificate from Georgetown University SCS and a Bachelor of Science in Business from the University of North Carolina at Wilmington. In her spare time, Leona enjoys reading, traveling, volunteering, entertaining friends and family, and spending time with her mother and father.