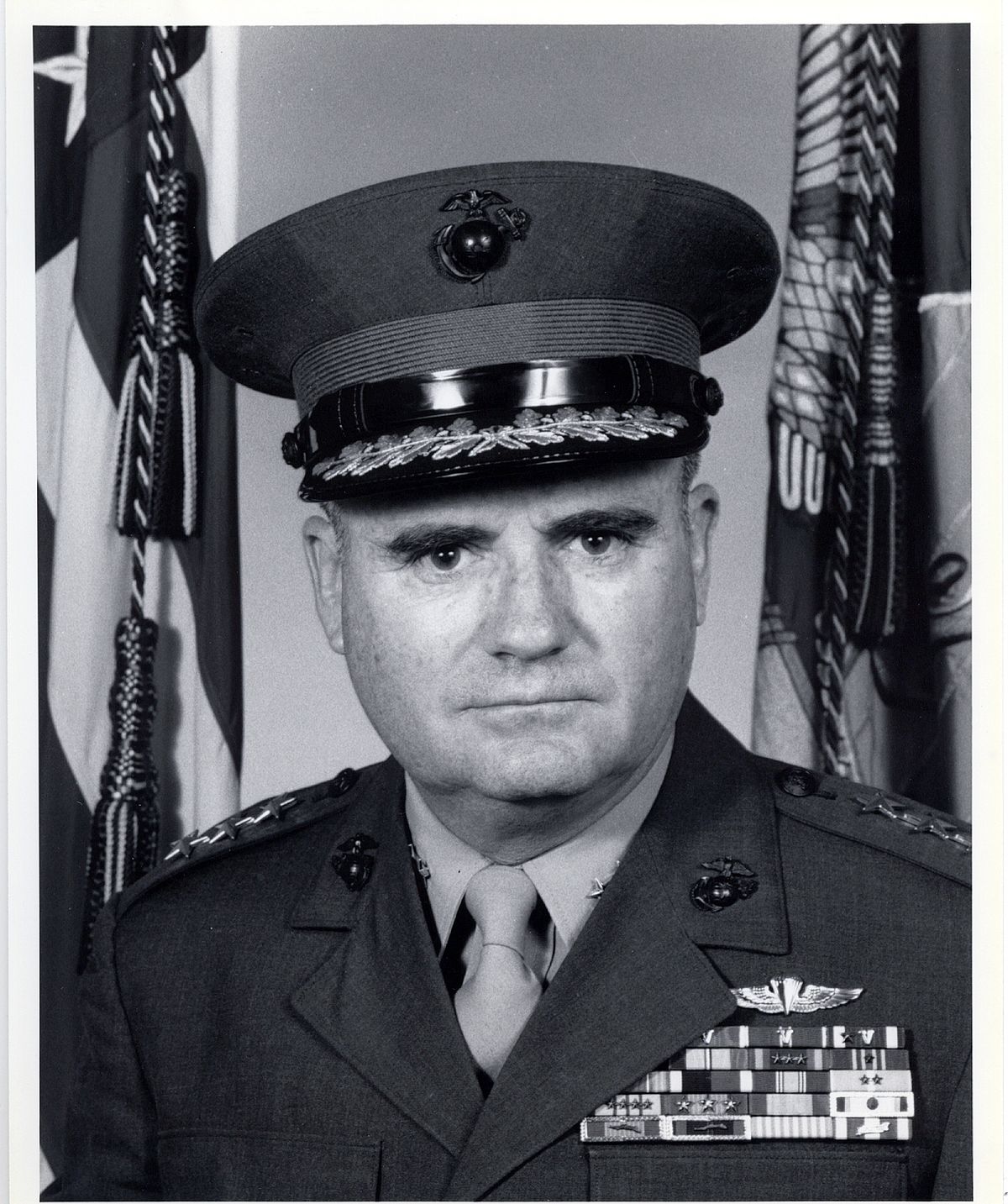 Lieutenant General Bernard E. Trainor, USMC (Ret) was the founding President for Marine Corps University Foundation.  He retired from the Marine Corps on 1 July 1985. He was born on 2 September 1928 in New York City. In 1946, he enlisted in the Marine Corps after high school and served until his selection as a midshipman in the Naval Reserve Officer Training Corps (NROTC) in 1947. He then attended Holy Cross College, where he earned his baccalaureate degree in History and was commissioned a Marine second lieutenant upon graduation in June 1951. General Trainor then went to Officers Basic School in Quantico, Virginia. After completing The Basic School in December 1951, he was assigned to the 1st Battalion, 1st Marines, 1st Marine Division in Korea where he served as an infantry platoon commander. Returning to the United States in September 1952, he served with the 8th Marines, 2d Marine Division, Camp Lejeune, North Carolina.

In June, 1953, he was assigned duties aboard the heavy cruiser USS Columbuswhere he served consecutively as executive officer and commanding officer of the ship’s Marine Detachment. During this two-year tour of duty he was promoted to captain.

Following sea duty, General Trainor was assigned to the Personnel Department at Headquarters Marine Corps until 1958. He was then assigned as an exchange officer to the British Royal Marine Commandos. After a period of training in the United Kingdom, he commanded a company in 45 Commando, 3d Commando Brigade on Malta.

Upon completion of the exchange tour in 1959, he reported for duties with the 1st Marine Division, Camp Pendleton, California, where he served consecutively as a company commander in reconnaissance, anti-tank and infantry battalions.

In 1961 he was ordered to duties as a Marine Officer Instructor with the NROTC Unit at the University of Colorado. He was promoted to major in November, 1961. His next assignment returned him to Quantico, where he was a student at the Marine Corps Command and Staff College.

Ordered to the Republic of Vietnam in July, 1965, General Trainor was assigned as an advisor to a Vietnamese special operations group. After a year in Vietnam, he was promoted to lieutenant colonel and returned to Quantico where he served for three years as an instructor at the Command and Staff College.

In 1969, General Trainor attended the Air War College, Maxwell Air Force Base, Alabama. During his War College course he was awarded the Anderson Memorial Award for the “best paper dealing with politico-military thought” and designated “Distinguished Graduate” upon completion of the course in June 1970. He then served another tour in the Republic of Vietnam, where he commanded the 1st Battalion, 5th Marines, and later the 1st Reconnaissance Battalion of the 1st Marine Division.

Following his return to the United States in 1971, General Trainor was assigned at Headquarters Marine Corps where he served as a plans officer. During this tour he was promoted to colonel on 3 January 1972.

On 14 April 1978, he assumed the duties of Deputy for Education/Director, Education Center, Marine Corps Development and Education Command, Quantico. During this tour of duty, he was promoted to major general. He was subsequently transferred to Headquarters Marine Corps in April 1981 and assigned duty as Director, Plans Division, Plans, Policies and Operations Department. Upon promotion to lieutenant general on 15 June 1983, he was assigned duty as the Deputy Chief of Staff for Plans, Policies and Operations, Headquarters Marine Corps. He served in this capacity until his retirement on 1 July 1985.

Lieutenant General Trainor has published A History of the Marine Corps (Rand McNally 1968). He received his master’s degree and completed his resident requirements for a doctorate from the University of Colorado.